"...INCEPTION' the SEED PATTERN and the SWASTIKA", "...The Amphora - the Rosetta Fractal - DNA and the Holy Grail"

The Amphora – the Rosetta Fractal Mandala ~ DNA and the Holy Grail

Came across this video on faKebook today.

We feel it is significant to this particular blog post dealing with the Amphora.

The importance of the Amphora to the ancient mind as more than just a container to hold ‘goods’ to be ‘traded’ or ‘stored’ is still not fully understood … this is the conclusion, clearly what comes to mind.
~ end of UPDATE ~

Triskelion and spirals on a Galician torc terminal

To the reader later in this blog it will be made clear how the yin yang, flower of LIfE, owl eyes/face, the triskele, the ‘crusade crosses’ and spirals and their kissing cousins the swastikas are ALL related using  G E O M E T R Y.

How does MAN measure UP to the EARTH?

The Temple Of Man
Magnum opus

Two of them have similar titles.

The Temple OF Man which was published in 1957, the culmination of a career and specifically putting a signature on an epiphany he had in 1937.
By coincidence I was born in 1957 and the numbers 1937 are crucial and take center stage in my epiphany.
Is it surprising that I understand RS?

The Temple IN Man was published in 1949.
It was an idea that RS would continue to build on.

And so did I.
I noticed certain numerical patterns associated with the periodic temple of elements and our DNA ‘fit’ alongside the idea that RS was suggesting about temples and man and the universe all overlapping, as the image on the left illustrates.

The numbers on the right is my contribution to the recovery at this point.
There will be more to come.

Well what can I say the numb3rs seem to add up, I AM now prepared to offer a sequel called The Temple OX Man!
It is starting to look something like this here.

*update link*
The OX TOE – Quest for a Theory of Everything

BUT wait!
Don’t go to that*update link*quite yet, you may not appreciate its contents until you have digested what I AM offering in this blog.

These updates are as of December 6, 2013.
So my advice is do not be distracted by these update links, come back to them when ready.

I am not sure if I agree 100% with Walter Russell, we may need to add the tetrahedron to this list of building blocks?

Number/Geometry are the bridge between awareness and consciousness, sense and meaning. They constitute the original Cabala. Out of the nine parts of speech, and twelve components of the mind, all possible meaning arises. The structure of the inner world of mind and language mirrors that of the outer world of matter and vibration – geometry and number – field and particle. The outer world, including music and color, follows the same laws of number which govern the inner world. The laws of number and geometry bridge the inner and outer worlds. Thus by understanding number and geometry we understand ourselves and gain a powerful Wisdom tool with which we can make sense of our world, a world which we now know through the science of Chaos is fundamentally disordered, free.
– Arnold Keyserling

Amphora on the left, Rosetta Fractal Mandala photographed in Peru on the right.

Are these two images similar IF not the same?
Finding the puzzle on the left was another of those events over the past few years that which helped to confirm what I had stumbled and bumbled upon like an Inspector Clouseau did in fact have real merit.

source of the 2 Puzzles in this blog

It is time that I introduce two puzzles to assist me in illustrating to you the reader how me the square head can connect the Rosetta Fractal Mandala, an image that has altered the course of my life to the idea of measurement concerning both a 2D flat square and the 3D cube.

And here is yet another *update link* that is best appreciated later after completing the two puzzles found in this blog. 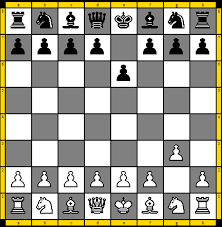 In the language of math the grids could be expressed in several different ways.
The square and the cube.

Definitely do NOT go to this update regarding the numb3rs 2 and 3 until you have digested everything else in this blog.
But I am placing this link here because of the profound underlying associations between the numbers 2 and 3 and the letters Z and W.

Now here I present the two puzzles hoping to show the profound relationships between several basic geometric Sacred Symbols, the square, the circle, the yin yang, and the seed of life, the flower of life and the tree of life.

What is the area of the red amphora vase we see in the image below?

How can you divide a circle into six curved regions of identical shape and size using a compass alone?

i.e. note the SQUARE or the CUBE that contains both 64 codons and 64 hexagrams as depicted by the I Ching  as shown on the cover of the book (a design which the authored has patented).

What is the area of the red amphora vase?

How can you divide a circle into six curved regions of identical shape and size using a compass alone?

At this point I must point out the similarity to both the 3-legged swastika known as the triskele and the Seed of life, which is the step before the Flower of Life and the Tree of Life.

4×4 Durer’s Melancholia highlighted the 4×4 magic square of Jupiter
5×5 magic square of Mars associated with two mysteries
Pompeii and the Knights Templar
…and I have a third mystery to add
how and why do magic square ‘anticipate’ string theory?

Jesus and the Miraculous Catch of Fish

i.e.  Fish caught in ThE NET that was placed over the right side of the boat.

“Then he said unto them, Cast out the net on the right side of the ship, and ye shall find. So they cast out, and they were not able at all to draw it, for the multitude of fishes.”

It seems LIfE is best expressed using overlapping circles?
Which brings us back to the idea of the compaSS and the square?

The SS, and square-headed German Swastika Science, was based on the cube?

What a coincidence!
It really does seem more like a design though.

What if we imagine them to be associated with the 2 spectral lines of a hydrogen atom associated to the number 137?

… and the SEED of LIFE shows up in Crop Circles?

I would expect it, am I blushing green?

And as these videos illustrate, the IDEA is all encompassing and complete.