Quote:
+
NOW take a simple plain square cross.
On this cross I want you to place Sorth and Nouth.
And now place Eest and Wast on the same map.

Did that exercise teach you anything? 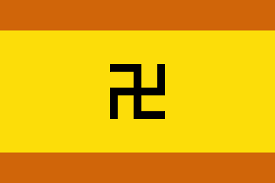 You might need to learn about molas and the Kuna YAla tribe of Panama who have a swastika on their flag.
http://charlottepatera.com/html/molascomb.html

Quote:
25 and 52 are part of the NUMERICAL design, evidence left by the geometer creator alchemist, which forms a huge part of the swastika serpentine frequency that I am tuning into.

Ja…ja…ja vay or some might utter while at the vailing vall, YAHVeH

Because if I was a meSSenger of meSSages, which were composed of ORAL traditions, composed of song and dance which included SOUNDs, what kind of meSSages would Hermes, Mercury, and Thoth all leave behind.
SongS of Solomon?
The hymns of the Rig Vedas?

YA is a SOUND that just might get around the world…
So what does a YA Buddhist/Chinese symbol look like?

YA = fig. 513 and it also is called the HOLY AX and the same ‘characters’ are again found in fig. 525 which means LONGEVITY.
The characters that resemble the numerals 5 and 2.

POLARITY between BLUE and RED is the name of the game in the place called heaven and hell that meet in the middle plane…the middle EARTH.
Where the SKY touches the EARTH…
Don’t folks know this is a battle for middle earth?

But most interesting…at the bottom of the LONGEVITY character I see brush strokes that resemble a 5 and a 4.
And that is significant when discussing harmonic crossovers that occur between 5 and 4 >>> at 4.5

I know a fella who has such a musical theory, based on the Pythagorean Lambdoma, which is yet another ancient concept that we can trace to the swastika and Nepal.
And that fella is not me.
Actually he and mi have had fighting words in the past, sparring on the www, when diScuSSing our theories.
And Lui (a musician) who has this own musical theory that meshes with my archetypal theSiS, never did acknowledge that he ‘found’ me and my shadow I call mi, on a forum/ thread I had started that was diScuSSing ASYMMETRY.

The forum we loistered about was  discussing hidden secrets, the ancient mysteries and Freemason symbolism.
But Lui wanted to discuss his theory his theory based on SYMMETRY.
But that is plasma under the bridge.
What did the Egyptians, the Freemasons and the Vatican ALL VEIL, that the EAST does NOT?
The SWASTIKA is the answer…show me a serpent ‘S’ in Egypt and I will show you a ‘waveform’.

A Rolling Stone gathers no moSS?
Get yer YA-YAs out?
It is all the same LIGHT and SOUND programming, since the beginning of time.
We humans just love to re-invent the wheel. 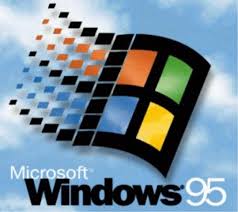 The Rolling Stones and Bill Gates wanted to Start Mi UP, again back in 1995? using that subtle, sublime hidden BUTTON called the SWASTIKA?

This will/should blow you away and continue to help solidify my claim.
Here is yet another puzzle…this one is best.
It is actually part of the Gutenberg Project:
http://www.gutenberg.org/files/16713…TRICAL_PUZZLES

the solution to the puzzle…

I rest my case for now.
Or should I say, I shall take a rest for now.
The battle for TRUTH is eternal.
namaste
Raphael
__________________
Swastika is the KEY to Universal Movement
“A theory is more impressive the greater is the simplicity of its premise, the more different are the kinds of things it relates and the more extended its range of applicability…”
-Einstein